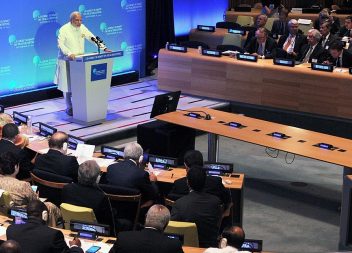 As the world is trying to cope with the COVID-19 pandemic, democracy is facing a worldwide recession and the international balance is shifting “in favour of tyranny”. Less than 20% of the world now lives in ‘free’ countries, according to the annual Freedom in the World report published a week ago by the US government-funded non-profit organisation Freedom House. India, the world’s most populous democracy, has lost its status as a ‘free’ country and has transitioned to a new category recognising the state as ‘partly free’. The report warns that India’s change of status could have further damaging effects on democratic standards worldwide.

Why has India’s status changed?

Since Prime Minister Narendra Modi came to power in 2014, the country has faced a decline of civil liberties and political rights, which is only continuing since Modi’s re-election in 2019. Furthermore, discrimination against minority groups, pressure on human rights organisations, and the rise of Hindu nationalism have increased. In particular, the enactment of the Citizenship Amendment Act in 2019, which made religion a criterion for Indian citizenship, exacerbated Islamophobia in India and led to protests which have been cracked down by the government. The amendment offers illegal migrants from three neighbouring countries eligibility for Indian citizenship, but not Muslim migrants.

The outbreak of COVID-19 has not stopped these developments. Millions of migrant workers in India have been displaced due to India’s “ham-fisted lockdown”, which was introduced suddenly in March 2020, to the immediate disadvantage of already vulnerable populations. At the same time, the government encouraged the “scapegoating of Muslims”, accused of being responsible for the spread of the virus. Through the Twitter campaign #coronajihad, anti-Muslim sentiment had been expressed to further polarise public opinion (Check out Nishaan Sengupta’s article Rise of Islamophobia in India for more insights).

Why does it matter?

During a year marked by a pandemic and various restrictions worldwide, it might seem obvious that the global trend of freedom is on a decline. However, 2020 has rather highlighted existing weaknesses of democracies and made it even more pressing to reconsider our label for states as democracies. Freedom House’s change of India’s status to ‘partly free’ sheds light on the on-going discrimination and human rights violations, which too often have been obscured by the country’s title of the ‘largest democracy in the world’. At the same time, the global downward trend towards authoritarian norms calls for more democratic advocates with allies around the world. By changing India’s title to ‘partly free’, it becomes more obvious that one important ally might be lost, since political freedom as a fundamental norm of democracy is not guaranteed anymore in the country. With China’s increasing “malign influence” in promoting disinformation and censorship and the US’s democratic decline during the Trump Administration, the global negative trend of political freedom for 15 consecutive years is no surprise – nor is India’s new status as ‘partly-free’. However, it should be regarded as a wake-up call to acknowledge that democracy is neither given nor predictable. In a period where political freedom has been downgraded in 73 countries, representing 75% of the world’s population, the need to safeguard democracy is more pressing than ever. Ultimately, it must be recognised that India’s new status could not only have further damaging effects on democratic standards worldwide but that it is representing an already on-going global trend.