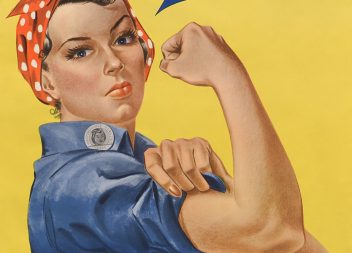 Since the 3rd of November 2021 at 9.22 am women in France have been working for free. This year, the pay gap between women and men is estimated to be around 16.5% and has worsened since 2020. Women are also in more precarious jobs since they are 83% of the part-timers. Generally in the OECD, the average pay gap is 15%. In the UK eight companies out of ten pay women less than men.

Additionally, a report by PWC shows the pandemic has also impacted women greatly since women have been losing their jobs faster than men. These inequalities are also obviously intersectional as this gap is worse for people and women of colour. For instance, NHS data reveals that black men are paid 84p for every £1 earned by their white male counterparts. Women of colour are also less likely than white women to receive a higher education certificate, which means that from the start they are disadvantaged when it comes to equal opportunity and higher salaries.

This concept of equal opportunity is better understood with the idea of the glass-ceiling, a term coined by Marilyn Loden in 1978 which plays a significant part in society today, as women are far from receiving salaries and positions equal to their male counterparts. Indeed, it is not only the pay gaps that matter, but the opportunities women have and how women perceive themselves in the working environment. It is not only the patriarchal system that slows us from accessing equal pay, but also psychological barriers that restrain us from seeing ourselves at the top.

This notion is very much intertwined with a problem of representation in pop culture among other things. Women are less often in positions of power and are too often sexualised. For instance, in over 1300 movies in 2019 women and girls represented only 34% of the speaking characters. In the top 100 films, 68% of female characters were white and 94% of these films had no female-identified LGBTQ characters.

We are also used to identifying with male characters in movies and series because women are still very much invisibilised* in mainstream movies and series. I recently came across the work of Jennifer Padjemi, a French journalist who explains the difference between the visibility (visibilité) and representation concept in pop culture. She sees a difference in how movies and series often make minorities visible but less often represent them in detail by giving them a back story and a real voice. I think this process of increasing the representation of people of colour and women in pop culture is needed in today’s world. We can give as much data as we want on how women and minority groups get paid less than white cis-het men but if we do not show that everyone can do the same job,  how are we even supposed to understand that we can do it?