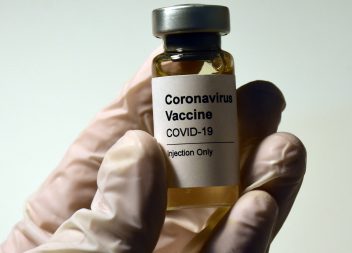 For several days now, it has been all over the news that Israel has succeeded in vaccinating more than half of its population against Covid-19. Numbers show that 50% of Israelis have received the first shot of the vaccine and 30% have also taken the second dose. However, what these numbers do not tell is that an Israeli has 60 times more chance of receiving the vaccine than a Palestinian. Isn’t it ironic to call it a success story when so many people are excluded from the Israeli vaccine rollout?

Israel’s highest rate of Covid-19 vaccination in the world also does not tell the difference in Covid-related fatalities between a Palestinian and an Israeli, which is respectively 1.1% against only 0.7%. This difference in fatalities is particularly linked to the different access and quality of healthcare Palestinians have in comparison to Israelis. One could ask why should it be Israel’s obligation to vaccinate Palestinians. In response, one could refer to the recent UN statement declaring that Israel was responsible for providing equal access to vaccination for Israelis and Palestinians of the Gaza Strip and the West Bank. Citing the Fourth Geneva Convention, the UN declared that it is Israel’s moral and legal duty as the occupying power to provide healthcare to the population under its control. Not doing so is a violation of international law.

It is only as Israel eases its restrictions that Gaza is starting its vaccination programme. Shops, libraries and museums are opening and some other facilities such as gyms, hotels and synagogues are meant to open upon the presentation of a green passport. This procedure consists of a proof of vaccination, which will now be obligatory to access certain facilities. How promising the ease of Covid related restrictions might seem to the world, it also shows the inherent inequalities of such measures. If some facilities are meant to open only for people provided with the vaccine, it inherently excludes those who were denied it. This exclusion reflects a broader Israeli political agenda that pursues constant persecution of the Palestinian population. Indeed, the Israeli government blocked the vaccination campaign for some days before allowing it to enter the Gaza Strip. Some 2000 doses finally arrived from Russia, intended for 1000 people, a fraction of the overall Palestinian population and minuscule compared to the level of vaccination available in Israel. Additionally, some Israeli settlers in the West bank were vaccinated while the Palestinians living next to them were not able to have access to the vaccine, another proof of their different treatments.

This situation is representative of the broader Israeli occupation of Palestine. A recent report has shown how difficult it is for Palestinians to comply with Covid-related restrictions. Some were for instance unable to self-isolate, making it easier for the disease to propagate but is also due to the scarcity of resources available to treat ill-patients that the numbers of cases rise quickly. Moreover, Covid has devastated the Palestinian economy and the pandemic has left many Palestinians with no ways of providing for their families, increasing precarity for many. The international media coverage of Israel’s vaccination success portrays the state of Israel as a heroic victor against the Covid disease. In reality, the territories that Israel occupies are suffering more than ever, creating an important contrast between this success and the Palestinians precarious health care system. Statistics are easy to manipulate, as shown by the narrative based on numbers of doses, speed of the vaccination and percentage of immune people. In this case, this success story has clearly a dark side, highlighting the continuing and flagrant discrimination against Palestinians.