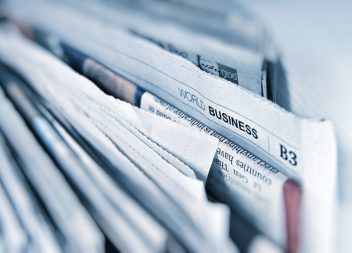 The perception of a ‘terrorist’ has played a fundamental role in exacerbating racism. since 9/11, the portrayal of Islam has been deeply damaging to the Muslim community worldwide, as the international media has had no hesitation in associating Islam with acts of terrorism, propagating racist depictions of Muslims and Islam.

The definition of ‘terrorism is “commonly understood to refer to acts of violence that target civilians in the pursuit of political or ideological aims” Its damage is both physically immediate and socially incendiary. It often manifests in illicit and clandestine organisations, involving careful planning and carried out through bombings and assassinations. A ‘terrorist’ is a person who has used unlawful violence and intimidation against civilians in the pursuit of political/ideological aims.

The global media such as CNN, the BBC, Time and Newsweek’  have played a vital role in manufacturing an inherent relationship between Islam and terrorism. As a result, to overcome the threat of terrorists, certain repressive policies have been implemented restricting freedoms by such means as increased surveillance, immigration regulations, and indefinite detention centres created to control and exploit minorities leading to endless human rights violations.

Consider the example of the three ex-detainees who attended a wedding in Pakistan and decided to visit Afghanistan. Once they discovered that Kandahar was under attack, they attempted to return to Pakistan and mistakenly ended up in a Taliban stronghold. They were captured and sent to Guantánamo Bay without charge or trial, where their human rights were stripped. ‘The War on Terror’ declared by the Bush administration as a counterterrorism response to 9/11 amplified the mislabelling of ‘terrorist’, enabling human rights violations against individuals like the Guantánamo inmates and justifying the the US military invasions of Afghanistan, Iraq, Syria, and Yemen.

Abu Ghraib, a military prison-complex based in Iraq which held up to  50,000 individuals, robbed entire groups of their humanity. A series of pictures including one showing a detainee balancing on a box with electrical wires attached to him, received global attention and condemnation by Amnesty International. Other Abu Ghraib detainees suffered physical abuse, sexual abuse, rape and even murder by US guards.

However, confessed and convicted domestic terrorists are portrayed very differently by popular media. Take for example, the Ku Klux Klan (KKK), Theodore John Kaczynski and Dylann Roof, to mention just three. The KKK, the white nationalist organisation founded in the 1920s needs no introduction; Kaczynski (also known as the ‘Unabomber’) was convicted of a nationwide bombing campaign in 1996; and Roof, white supremacist and admitted church shooter, was convicted in 2015. The KKK remains active up to the current date as evidenced by events in Charlottesville in 2017 . Roof, now serving nine consecutive life sentences, was cast, albeit principally by his defence attorneys, as a victim of ‘mental health issues’ and thus, in the eyes of the public, as a societal aberration. Lastly, Kaczynski –whose face astoundingly appears as a feature of certain brands – is now essentially glorified as a ‘popular icon’. But ‘ ٱللَّٰهُ أَكْبَرُ’ (Allah Hu Akbar) on a t-shirt, or a woman wearing a Niqab is a cause for concern in Heathrow’s Terminal 2 . Whereas their Muslim or ‘brown’ counterparts are portrayed as soldiers in a broad movement intent on an ideological goal of civilisational destruction.

The question that derives from these examples is: are all Muslim terrorists? Obviously not; otherwise, the scale of the problem would be far beyond any national or international ‘policy’. So, are all terrorists Muslims? The evidence suggests otherwise. Therefore, there can at best be a circumstantial relationship drawn between Islam and terrorism as such, at least insofar as logic is concerned. The issue remains therefore, how and why Muslims and Islam are portrayed as they are in both popular media and culture?

This has been overshadowed by radicalised, illicit, clandestine groups through the sensation coverage on Muslims and Islam. As a result, their depiction is seen as a threat to society, as the ideological threat of ‘all Muslims must be terrorists’ allows Muslims to be suppressed, strengthening Islamophobia and thus, seen as troublemakers.