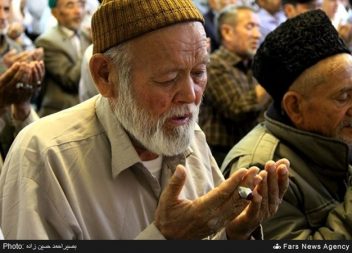 The Hazaras have yet again experienced another major death toll to their community from the most recent attack in January which was met with a protest that lasted six days in Quetta, the capital of Balochistan. It is no surprise that the state of Pakistan has been ineffective in terms of protecting its minorities. What is the next step for the Hazara community? The Prime Minister Imran Khan himself vowed to visit Quetta as soon as the bodies were laid to rest. It’s the same story as last time: an attacks targets the Hazara community, the Hazara community refuses to bury the bodies, state officials arrive and make promises, but attacks go on.

The Hazaras refuse to bury the victims in order to make their protest heard. State authorities in Pakistan are held under pressure and there’s less chance that the atrocity will be swept underneath the carpet. It seems as if Abdur Rahman Khan’s ethnic cleansing campaign from the 19th century is still following the Hazaras from Afghanistan all the way to Quetta. The Hazaras adhere to the Shia school of Islam. The militants targeting the Hazaras are extremist groups seeking to exterminate Shias from the state of Pakistan. Is this simply sectarian violence? Or is this story missing a key perspective that allows us to make an impartial judgement to understand why Pakistan is incapable of protecting the Hazaras?

The militias involved in attacking the Hazara community have historically been strategic assets to the Pakistani state itself in terms of preserving Pakistan’s geopolitical interests in the region. Originally these militants served Pakistan’s interests for Afghan Jihad in the 1970s and 1980s. Returning from defeating the Soviets, these militants formed other jihadists groups that later became known as anti-Shia outfits ‘Sipah-e-Sahaba’ (SSP) and ‘Lashkar e Jhangvi’ (LEJ). However, this most recent attack was carried out by ISIS, which scares the authorities of Pakistan with the possible rise of ISIS within Pakistan. It also suggests that all jihadist movements share similar ideologies, reflecting anti-Shiite ambitions. Since 2004 over 2000 Pakistani Hazaras have been killed. Over 4000 Pakistani Shias have been killed in Pakistan due to sectarian attacks since the 1990s.

There seems to be a hesitancy within the justice system in Pakistan to convict those arrested for the killings of Hazaras. Ex-operational chief of the LEJ was acquitted for the alleged involvement in about 44 incidents of violence that involved the killings of 70 people. Shocking as it is, the ex-chief was so confident about sharing his involvement in the killing of 100 people that he openly confessed to an Urdu newspaper in 1997. It seems as if sectarian jihadists have been awarded a green light for mass killings as part of a culture of impunity.

The lives of the Hazaras within Quetta are indefinitely limited to the neighbourhoods of Marriabad and Hazara Town. This particular area is highly securitised and protected by military checkpoints. The hostile living conditions have only contributed to the economic hardship and limited freedom of movement. This explains why Quetta is becoming less and less a home for Hazaras, as the events of January 2021 reflect the ineffectiveness of the state apparatus to deal with the security of such deprived ethnic minorities.

The Hazaras are an easy target for the anti-Shia militias due to their distinct facial features. Coming back to the point about jihadist movements, the Pakistan Taliban were easy recruits for the these militias as most Taliban members shared their extremist ideology. It is no secret that the Pakistani military and intelligence agencies share a mutually beneficial relationship with the Taliban which explains how such outfits banned by the military are still able to operate with impunity even in areas where state authority is well-established, such as the Punjab province and the port city of Karachi.

Further bad news for the Hazara community, they have become the victim of the Saudi-Iranian proxy warfare. Both Iran and Saudi Arabia have used Pakistan to marginalize each other’s influence within the state and have backed militant groups to serve their interests. Post the Iranian revolution, in order to counter state influence, religion was used as a tactic to maintain control in the region and the Hazaras like other communities in Pakistan got caught in the cross-fire. Pakistan needs to recognise its ethnic minorities. The Hazaras like other communities have served the interests of the state. Now the state needs to be held accountable for the rise of sectarianism that has led to the deprivation and ethnic cleansing of communities like the Hazaras. Some notables from the Hazara community include many sportsmen and women as well as members of the military personnel and a number of politicians who have called for the conviction of criminals who have persecuted the community and continue to roam freely.

Returning to my opening question, the next step for the Hazaras is the guarantee of effective security provisions that protect the Hazaras from any threat of persecution. The solution to the persecution of the Hazaras is not to ban all bus routes to Iran but rather to crackdown on the sectarian outfits that target them. Just by encountering one leader of one of these militias does not prevent mass violence from occurring next time. Law-enforcement agencies need to start doing their job, and the military needs to set some ground rules with the Jihadists.

Imran Ali Khan is currently enrolled in the MSC in the Politics of Conflict, Rights, and Justice at SOAS and is a co-editor of the blog. View all posts by Imran Ali Khan