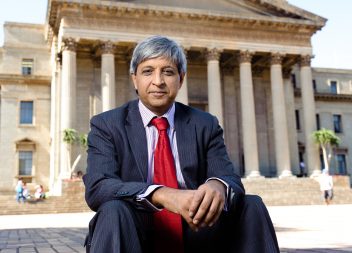 On 11th March 2021, SOAS Director Adam Habib was under attack for using the ‘N-word’ in an online conference call with students. This all began with Habib responding to a series of questions over the lack of funding for African Studies at SOAS and the cancellation of the BA African Studies. The students also spoke about lecturers casually using the N-word in class without any serious consequences and the need more broadly to address race and race related issues throughout the School. In response, Habib, to an uncomfortable degree, expressed racial slurs, specifically the ‘N-word’. Two students in the meeting told Habib they found it unacceptable for him to use the N-word, while another male Black student told Habib that without having lived the experience of a Black person, he cannot use that word. Habib then proceeded to defend himself and explain why it was ‘okay’ for him to use the word, arguing he “comes from a part of the world where we actually do use the word”.

Habib is South African of Indian descent, which he believes makes him the ‘exception’ arguing that his use of the term should be acceptable because he fought against aparthied and believes this affords him a degree of immunity.  Of course, Habib’s personal origins do nothing to change the history of the term, created and used by colonial masters to subordinate Black people. Habib did apologise once he realised the offence caused in the online meeting but followed that with a 17-tweet thread defending his use of the term in an attempt to justify himself and avoid ‘misinterpretation’, explaining that “the context matters”. Students fired back with responses and criticism of his defence which spread rapidly on social media.

Following this incident, the same evening the SOAS Student Union Dead Philosophers Society released a statement, calling what happened in the meeting “unacceptable”.The Student Union stated that SOAS must address “institutional racism” as this is not the first time that racist language has been used by staff at SOAS and demanded Habib’s resignation, launching the hashtag #FireHabib. The Art & the African Mind group also released a statement:  “infuriatingly insulting and hurtful, we do not care for or want an apology, we are calling for Adam Habib’s dismissal in 31 days”.

South Africa’s left wing political party Economic Freedom Fighters then went on to say that Habib’s attempt to ‘normalise’ the N-word by saying ‘where he is from’ people use it every day is, “a blatant and filthy lie”. Meanwhile Helen Zille weighed in supporting Habib using the N-word, commenting that this is a “textbook study of cancel culture”. Habib also claimed that the online footage of the offensive meeting had been cropped so as to misinterpret his comments, going on to say, “the question is that after this apology, some are still politicizing the issue. What is their agenda…?” which others read as an effort in self-victimisation.

On reflection with friends and colleagues, it seems clear that the racial and historical implications of the N-word make it racist no matter its ‘context’. Of course, Habib can’t exactly be accused of ‘ignorance’; after all, how can an educated Professor, Director of one of the most prestigious Universities with one of the most diverse campuses, be unaware of the word’s history and weight? More shocking was the timing of Habib’s use and defence of the word in light of the Black Lives Matter movement.

Now it should be made clear that I, being of Bangladeshi descent, am hardly the appropriate candidate to opine on the use and history of that particular term. Still, it remains the case that the use, interpretation and intentions of the term have seen enormous change over the course of history. It would be short-sighted to ignore the possibility that this variation also applies geographically so that how the term is used and what it is understood to mean may vary from one nation to another (to say nothing of the particular racial history of South Africa). Nevertheless, it doesn’t seem too much to ask that Professors have a means of discussing these issues at their disposal that will not offend, insult or harm their students regardless of ‘contextual ambiguities’, even if only to avoid the accusation of ‘closet racism’. Although SOAS has now reacted to the incident, with Habib stepping aside pending further investigations on this matter, the bigger question now is, how will SOAS respond to show that it can satisfactorily navigate this issue and support the Black community and students at SOAS?