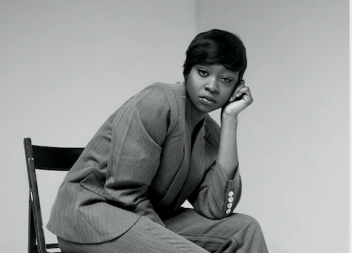 You present your argument with such confidence and stand by it with such arrogance. Yet you miss the factual evidence standing in front of you.

You claim to try to be an ally, which for one, isn’t a title you can bestow on yourself, yet the closest title I would give you is racist. But for kicks, I’ll play along.

Let’s see if you can prove me wrong. Because there’s no doubt in my mind how this conversation will end.

Tell me how it’s a figure of my imagination.  That I tend to make problems out of nothing.

Tell me that I’m overreacting or too critical. That like my fellow sisters, my aggressive tone drowns out any sense I make and I just need to take it down a notch.

Tell me that that perception does not demonstrate a larger issue of societal disproportion as when you speak, it’s considered enlightened and an example of feminist exceptionalism.

Tell me that it takes the partnership of educated and outspoken black and white women to accomplish anything. But let’s not forget Sojourner, Rosa, Angela, Assata or Michelle and the lack of space for any of us at your Women’s March.

Tell me that rights are universal, equitable, and fair. That no matter who you are, people are born with the same indiscriminate privileges to survive in the world. Yet poverty, ailment, and lack of education wreak havoc on post colonized lands across continents.

Tell me we haven’t been trapped in a Eurocentric system of supremacy for a millennium and the ownership of black bodies doesn’t keep getting passed from one white hand to another.

Tell me that the land of opportunity is not only for the pale majority, but for all who worship the United Racists Under Trump. That good things happen to those who abide by the system, the same one engulfed in the flames still burning from KKK crosses.

Tell me racism is over and the noose I struggle through daily was psychologically woven, not made by hands of former slave owners. But then how do me and my black brethren wear matching ones, I wonder?

Tell me that the justice system is built on fairness. That law sees no color.

Tell me that a black homeless mother seeking a better education for her child calls for a five year sentence but that same action by a rich white Hollywood actress violating several other laws only calls for ten months, for which she only served 14 days.

Tell me that mass murderers deserve bullet proof vests but an aid worker sleeping deserves 8 bullets. That justice shouldn’t be Just Us and law doesn’t stand for “Lethal Amongst Whites”.

Tell me that these cases are just one in a million….oh no wait, a thousand….okay, more like a hundred. Out of the BILLIONS of people in the world! Because the saying  “once is happenstance, twice is a coincidence, three times is enemy action” is just philosophical mumbo jumbo.

Tell me it happens to all people and our coffee toned wrapping doesn’t also serve as target practice for the country’s most lethal assassins.

But while I’m waiting you know what I can bet? That you have continued to go on about your day, strutting the same walk, spewing the same talk and doing nothing to actually challenge what we BOTH know.

I can bet you scrolled past every post, ignored every tweet, and drove straight past that protest you saw on your way home without a second look. And why? Because your desire to prove me wrong extends further than the tunnel vision that is your outlook on societal structures. It prohibits you from seeing an even deeper superiority complex you hold over a fellow woman with the major difference being that of skin.

So while you are able to take the time to construct a cleverly crafted rebuttal to this assessment, I must continue my fight against the system you say fights for me. I don’t have the luxury of time to devote to your white fragility.

At the end of this, you’ll go into your cozy condo up Northwest where they never ask you if you live there, kickback with your favorite Kendrick playlist, and let the trivial, privileged worries of your day fade away. While others pray they make it home, you pray nothing changes because your life is just perfect. You’re a complacent bystander in a world of murder. Bet that’ll look great on your resume.

Devan is the current Co-Editor in Chief for (Re)imagining Peace + Justice. She is reading for an MSc in Politics of Conflict, Rights, and Justice. View all posts by Devan Ogburn