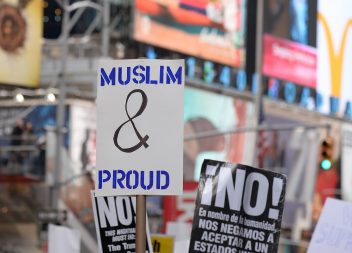 The July 2007 bombings in London brought home the global dynamics produced by 9/11 and had profoundly negative repercussions for the British Pakistani population – affecting its own behaviour and its portrayal by many quarters of British society.

The fact that three of the four 7/7 terrorists were British Pakistanis, increased scrutiny of the version of Islam practised by this community, which was widely seen as illiberal towards Western societies. As a British Pakistani, growing up in the UK, I have witnessed firsthand the impact of Islamophobia in this community.

The 2001 UK census revealed that 1.6 million British Muslims are from South Asia, with two-thirds from Pakistan. The growth of the Pakistani population dates from the post-war immigration of South Asians who arrived to fill specific labour shortages in declining industrial sectors. Today, Pakistanis continue to live excluded lives, existing near or at the bottom of local area economic and social contexts, largely in post-industrial cities to the North, Midlands and the South.

In order to understand Islamophobia in the context of British Pakistanis, it is important to understand Pakistani culture and what implications this identity has upon Pakistanis in the west. Pakistan is an Islamic republic that had experienced a statewide Islamization process in the 1970’s which was led by ex military dictator General Zia-ul-Haq. The military rule had created Islamic laws pertaining to ‘Islamic punishments’ for selected crimes and had introduced sharia courts within Pakistani society, pushing the state into the direction towards making Pakistan a real Islamic state. These laws restricted women’s rights, while also introducing Madrassa (seminary) and Mullah (cleric) culture. Zia had essentially promoted the ‘orthodox fundamentalist interpretation of Islam’ and turned religion into an ‘idiom of morality’. Hence religion had become an essential component of Pakistani culture.

Essentially, the consequences of these policies were that Pakistani citizens were forced to publicly display their religious affiliations through symbolic practices of wearing turbans, beards and hijabs and offering prayers publicly. Such symbolic traditions practiced by Pakistanis in the west were met with criticism as they resembled the practices of the terrorists involved in attacks such as those on 7/7. Questions raised included ‘is the Pakistani-Muslim identity synonymous with radical Islam?’. What was supposed to be the implementation of Islamic laws by Zia, turned into a complex discourse impacting the politics, cultural practices and perceptions of Pakistani citizens including in the diaspora.

The British media has also played a centric role in this debate, embedding negative stereotypes of Islam and Muslims in the wider society. Constant coverage of extremist groups and Islamic terrorism has propagated the idea of the Muslim community as a threat. This focus on the ‘War on Terror’ has caused many non-Muslims to question Muslims’ loyalty to Britain. An example of the role of the media in context of the Pakistani community would be the coverage of the foiled terrorist plot of August 2006. As the majority of the arrests were from the British Pakistani community, within hours of the arrests, high profile policing figures were airing concerns in relation to the ‘‘biggest terrorist event since 9/11’. By tying terrorism with the British Pakistani population, many Britons have been left frightened by the information they have come across about the Islamic background of Pakistani Muslims.

As a British Pakistani Muslim, I feel as if we are moving towards people from this community having to distant themselves from their religio-cultural beliefs in order to survive in a ‘Multicultural’ society.