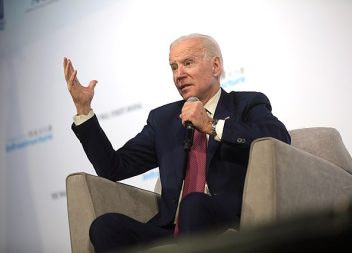 The shift in US Civil Society

When Joe Biden was chosen as the Democratic Party nominee, many young progressives were disappointed as he was an establishment politician with moderate views and willing to cut deals with Republicans. People were relieved when he defeated Donald Trump for the Presidency in November 2020 but they expected Obama era fiscally conservative policies to resurface. It’s important to understand how the neoliberalism of Obama and Biden became an intrinsic American phenomenon towards the end of the twentieth century.

The rise of the New Right and the Conservative Movement in the US led to the landslide victory of Ronald Reagan in 1980-81. American civil society at the time opposed large scale government intervention in the economy., The widespread assumption was that government regulations increase unemployment and tax cuts for companies allow them to invest more in human capital. Many Americans also believed that low deficits would lead to low inflation. This ideology started fading gradually as trickle-down economics proved ineffective as wealth was never passed from rich to poor. Simultaneously people started noticing that increased deficit spending doesn’t always lead to high inflation.

One hundred days into the Biden administration, we see a shift from the moderate Democrat who was expected to compromise with Republicans on various issues. He had campaigned on giving stimulus checks to the lower middle class as a part of his American Rescue Plan. Most progressives were skeptical about Biden coming through on his campaign promises. But surprisingly he drafted the most comprehensive anti-poverty legislation since the New Deal of 1933.

In the Joint session of Congress, Biden’s speech made it crystal clear that he was the antithesis of Ronald Reagan. He laid out groundbreaking government spending programs. The American Families Plan will invest in future generations and could cut child poverty by 50%. Finally, an American President has openly declared that trickle-down economics has failed as a policy position. The post-Reagan era embraced the neoliberal agenda by making minor adjustments. The early signs under Biden are that the US is on the path of becoming a social democracy which seemed impossible at a certain point.

Social democracy is not socialism or democratic socialism as it does not hinge on collective ownership of means of production but rather a more equitable distribution of goods and services. It allows markets to grow but uses tax spending policies to fund social welfare in areas such as  education, healthcare and childcare. This is the biggest expansion of government in the US since 1968, when Lyndon B Johnson was in office. Biden needs to follow in Johnson’s footsteps to get most of his agenda passed. Like Biden, Johnson was a moderate from the South. The Southern Democrats were mostly opposed to any kind of civil rights legislation, due to the strict segregation laws in the South. After Kennedy’s assassination, the black community lost all hope as their fate was in the hands of a southerner. Johnson surprised many by passing not only key civil rights and voting rights legislation but also crucial healthcare programs like Medicare and Medicaid. Currently, in the US, the most important pieces of legislation is the For the People Act, which not only makes it easier for poor people to vote but also removes dark money from politics. Along with this policy reform, universal childcare and infrastructure are the most important policies that Biden must pursue.

The principal obstacles to Biden’s agenda are some conservative Democrats and all Republicans in the Senate who will block any legislation through the filibuster. It allows the Senate to debate bills for as long as possible. Sixty votes are required for cloture in order to end debate. So if there are less than sixty votes to end debate the legislation is blocked by the minority. It was previously only used to block civil rights legislation, but nowadays all legislation can be blocked in this way. Johnson’s success was based on his ability to use his influence and powers of intimidation to break the Southern filibuster. Republicans at that time were open to working with the other side. After Donald Trump’s polarisation, any Republican working with Democrats will be classified as ‘too liberal’. The only way Biden can successfully create some version of social democracy is to abolish the filibuster and pass legislation with a simple majority. With a split senate, Conservative Democrats like Joe Manchin are standing in the way of this measure. The path to social democracy lies in the hands of a minority in the legislature. That is why Biden needs to use his lifelong political experience and keep fighting for the agenda he has laid out. This will be one of the toughest challenges after the first hundred days of his presidency.